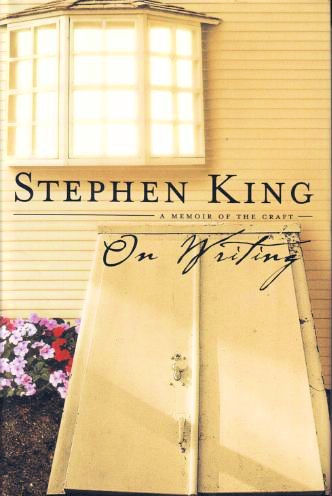 If you are trying to tell a story, go write a book.

Maybe I should have prefaced that with something, but as most people know, I am generally talking about roleplaying games–specifically about being a Game Master (GM) and running adventures. I think most GMs have thoughts or aspirations of becoming a writer or novelist at one time or another in their life–I am no exception. While many of the writing skills are portable from one trade to another, it seems only rarely do people make the transition.

One of the most influential authors for my own writing is Stephen King. However, I have never read any of his books–except one. I picked up and read On Writing: A Memoir of the Craft long ago because it was recommended by my favorite author, Brandon Sanderson. I will not gush about Sanderson today, suffice to say he has done more work on developing multiple worlds–and logical magic systems for each–than the average writer or GM does on a single setting. So when Brandon Sanderson says that Stephen King was very influential to him, who am I to argue?

Chapter 5 of On Writing is where the revelations of the book spoke to me. King says, “I want you to understand that my basic belief about the making of stories is that they pretty much make themselves.” What?!? “I want to put a group of characters (perhaps a pair; perhaps even just one) in some sort of predicament and then watch them try to work themselves free. My job isn’t to help them work their way free, or manipulate them to safety… but to watch what happens…” That sounds like GMing a game! “The situation comes first. The characters… come next. Once these things are fixed in my mind, I begin to narrate. I often have an idea of what the outcome may be, but I have never demanded of a set of characters that they do things my way. On the contrary, I want them to do things their way. In some instances, the outcome is what I visualized. In most, however, it’s something I never expected.” Exactly like GMing a game. Remember, he is talking about characters he made up in his own mind, not a group of gamers sitting around a table. However, he treats them like separate entities, which they are in a roleplaying game.

Back to the present. Both Gaming and BS and Misdirected Mark–I do not know who spoke the concept aloud first–have talked about the story artifact. What comes after the game–the outcome–is the story, what is being told during the game is the narrative. Boy, oh boy, do I repeat that a lot. But it suddenly dawned on me–hence this article–why that sounded so familiar! I read it before. Everything started flowing back together.

What most GMs do is treasure the plot of the adventure rather than the situations they throw the player characters into. It is the situations and how the characters struggle through–highs and lows–that creates a memory and a story to go with. King considers plot to be a blunt instrument at best, “Plot is, I think, the good writer’s last resort and the dullard’s first choice. The story which results from it is apt to feel artificial and labored.” That is also very real and familiar to us because that is how every person goes about their life, “because our lives are largely plotless“–but not pointless. A good GM responds to the characters’ machinations by creating more situations to test and challenge them. There might be a underlying string, but the situations and responses will largely dictate what is happening.

Just a note, I am not talking about either a railroad or a sandbox adventure, because I think that neither of those really does what I am talking about above. A railroad forces the characters to acts and think in a particular way, while a sandbox does not give the characters any situations to respond to, only elements to interact with–those two things are very different. In other words, a railroad forces the results of a story on characters and a sandbox has a story completely uninvolved with the characters. A well-written module or adventure has a natural path to the situations it puts forth, making it a satisfying experience. “And why worry about the ending anyway? Why be such a control freak? Sooner or later every story comes out somewhere.” Every good story needs closure–I understand that now–but it does not need to be jammed in. I am also not discounting a game company writing a story or storyline product to create a shared story experience, only how that storyline is introduced to the players by their GM. My Forgotten Realms story is different than yours, even if they both came from the same module.

At the end of the day, GMing an adventure is not about telling a story, but creating one. King compares it to excavating a fossil–specifically for writing–I think of it as bringing the player characters to a logical conclusion of all their choices. I discovered my love for throwing characters into challenging circumstances–it is where I get my evil fix–and I write adventures and modules by thinking about difficult situations or dilemmas and try to anticipate how it will play out with those characters. Letting go of the plot is difficult for most GMs and writers–it definitely was difficult for me before reading On Writing. To realize the characters–not the plot or writing–are the most interesting and important part of a story artifact and that a GM creates a great game by letting them shine–or fail–with style, is a tough pill to swallow for most egos. Admit it, GMs have the largest egos of all in the gaming world. However, the voice of the player characters’ actions and the narrative of the situations is all in the hands of almighty GM or writer. I think being remembered as a great storyteller depends on that.

(Thanks again to Misdirected Mark and Gaming and BS for getting me thinking about this topic again. I mentioned before that those two podcasts really clarified a lot of game mastering ideas that I never knew I had or needed, putting into words what was never previously expressed. Also, I think that I would have written this article differently now that it has finally tumbled of my brain. Maybe a re-write in the future…)

3 thoughts on “Writing and Gaming”